Women Power: Why Crossfit is Awesome for Women 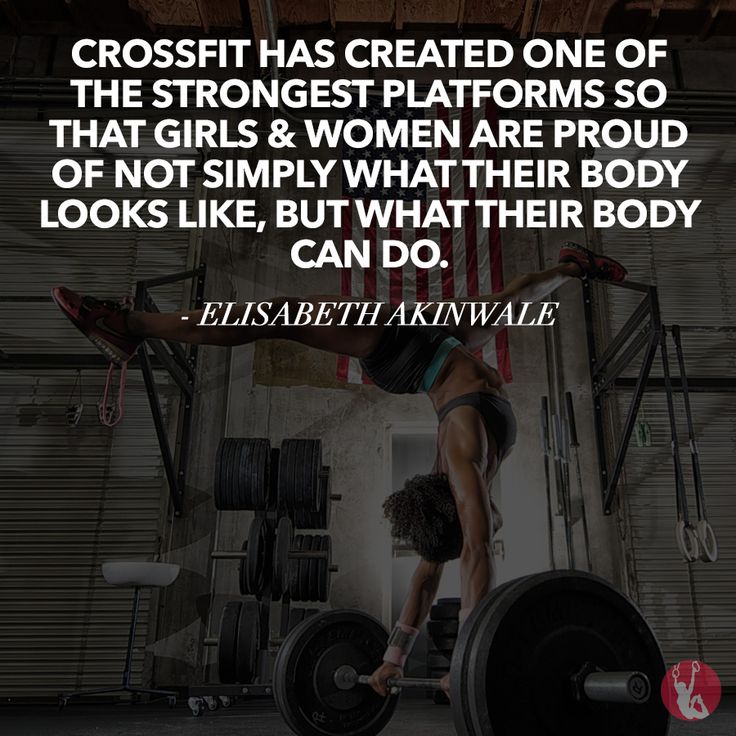 Ok, I don't mean to leave out the fellas, but being a woman Crossfitter, I have personal experience with most of this list myself. Maybe a list for you guys will come later written by a fellow man!

Not only do you feel strong, you get strong! All of your daily tasks become easier - hell maybe you don't really notice much, but there is always that moment that comes along like "Oh I opened that "stuck" jar of spaghetti sauce when my S.O. could not" moment and you give yourself a mental high five and think - Hey I am strong!

#2: You Are Not Fooled Into Thinking Lifting Heavy(for you) Will Make You Bulky

Just because someone can squat 250lbs does not mean their legs are tree trunks! You have seen what lifting heavy does to bodies in your crossfit box, and bulk them up is not one of them.  If anything women report fitting their clothes better and feeling more toned. That's right, lifting heavy tones you. Also, we understand that sometimes gaining muscle is healthy and necessary. Having toothpick legs does not help us with daily functions down the road. Also, what is so bad about having a nice pair of quads or shoulders?

that brings us to #3: Your Shape Does Not Dictate How You Perform In A WOD

Having the most chiseled arms, smallest waist, and perkiest butt does not mean you are the best athlete in the box. Crossfit is not a beauty pageant. I won't lie and say it doesn't make us look good, but this isn't Instagram where the model who gets the most likes on her #bootygoals pic means she is more in shape than you or anyone else.

#4: It Changes The Way You Think About Your Body

My quads used to be the bane of my existence! I dieted and ran, and ran some more trying to shrink them down so they would not rub. It worked for a while until my body could not sustain itself. In grew my quads and my mindset could have been real bad except that's when I found Crossfit! The muscles Crossfit gives you are natural, necessary muscle. Not only do I have quads now, but I appreciate and love them.

#5: It Changes The Way You Think About Other Women's Bodies

Professional women Crossfitters for the most part are great role models for young women athletes and all women in general. They are strong, driven and healthy. Crossfit is one of the few sports that the women attract as much or more attention than the men, which is saying something about these women! And it has nothing to do with spandex or something stupid like that. Yeah they are beautiful and strong, but more importantly - incredible athletes; which is why the women's race for fittest is often watched more avidly than men. Perhaps it has more buzz simply because Crossfit does not have a male or female bias like some sports. Want to know why more men care about American Football? Because more men play it than women(Lingerie football does not count). In CrossFit not only do the women tend to draw a little more attention than the men, but often in events that they are thrown together - they beat them (Ex: Crossfit Games 2017 Run-Swim-Run).

Guess what?! One of those strong woman role models is you! Your children, nieces, nephews, parents and peers watch you. They see how strong and capable you are.

Did you know that currently there is only 1 NFL American Football team (Cardinals) with a woman head coach? Do you know that for most sports it is overwhelmingly common for men to coach all women teams but not the other way around? Well Crossfit is great because women are Coaches (at least 50%) and we are awesome at it! Also, there really is less stigma about us coaching too. It's not weird to see a woman coach instructing a man how to do a rope climb, or give him a cue to fix his hang clean - and it shouldn't be. Because the men of Crossfit are awesome and 99% don't feel weird being coached by a woman - we know our Sh*t!

- Alright, I'm sure I missed something here but your get my point! Crossfit is a kickass sport for women for more reasons than just one! Crossfit Ladies - you are AMAZING!